By Riley Rice, The Times-Journal

The Finnegan Road fire started on private lands in Grass Valley on June 27th and spread to 1000 acres before it was contained. Local farmers and Bureau of Land Management firefighters worked together in extreme heat to contain the fire, Oregon Department of Forestry spokeswoman Christie Shaw said. The cause of the fire is still under investigation, according to the Sherman County Sheriff’s Office.

Near the border with Grant County east of Spray, a fire in East Bologna Canyon is now burning at 140 acres, according to ODF. Containment is at 85% as of Monday, and one crew and engine will continue mop-up throughout the day.

The Lewis Rock Fire burning four miles south of Mitchell reached 400 acres Monday morning, ODF fire officials said. Started by lighting just north of the Ochoco National Forest near Dollarhide Road on June 30, the fire caused a temporary Level 1 Evacuation Notice for the city of Mitchell. Winds are pushing the fire southeast and the city is not currently on evacuation orders as of Monday. 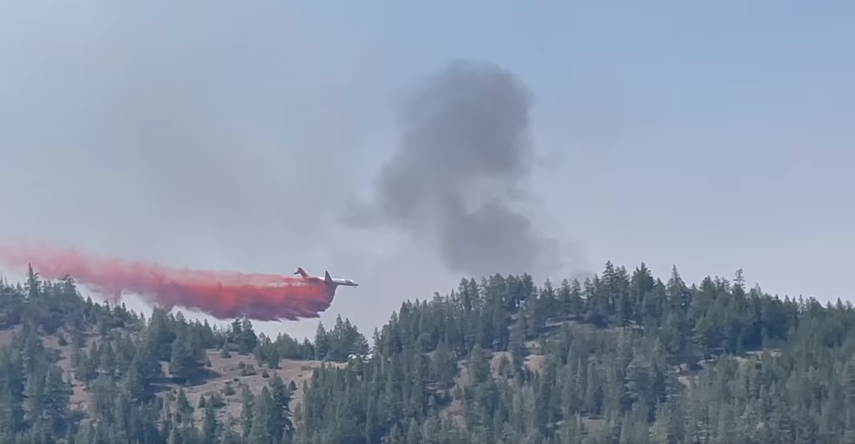 Tree torching sent embers across the fireline during the day on July 4, according to Christie Shaw’s ODF Wildfire Evening Update. This created challenging fire fighting conditions in the heat and spread the fire from 150 acres on July 3 to 400 acres Monday morning. Aircraft, bulldozers and 180 firefighters are currently working on the fire and more resources have been requested.

“I’ve lived in Wheeler County for 72 years and I have never seen conditions like this,” Wheeler County Commissioner Rick Shaffer said. “You think you’ve caught the fire and then you hear on the radio that there are spots across the line. It’s just really dry out there.” 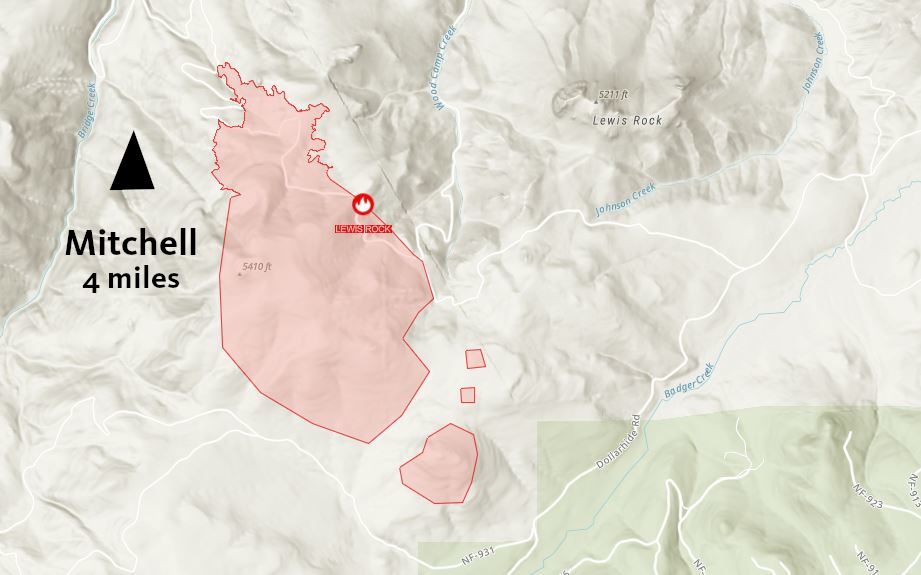 Tri-county residents near an active fire should monitor their local emergency services and be prepared for evacuation orders. Current updates can be found on The Times-Journal website (timesjournal1886.com) and Wheeler, Gilliam and Sherman county sheriff’s department Facebook pages.