Spray’s centennial class goes back to school on Wednesday, August 19 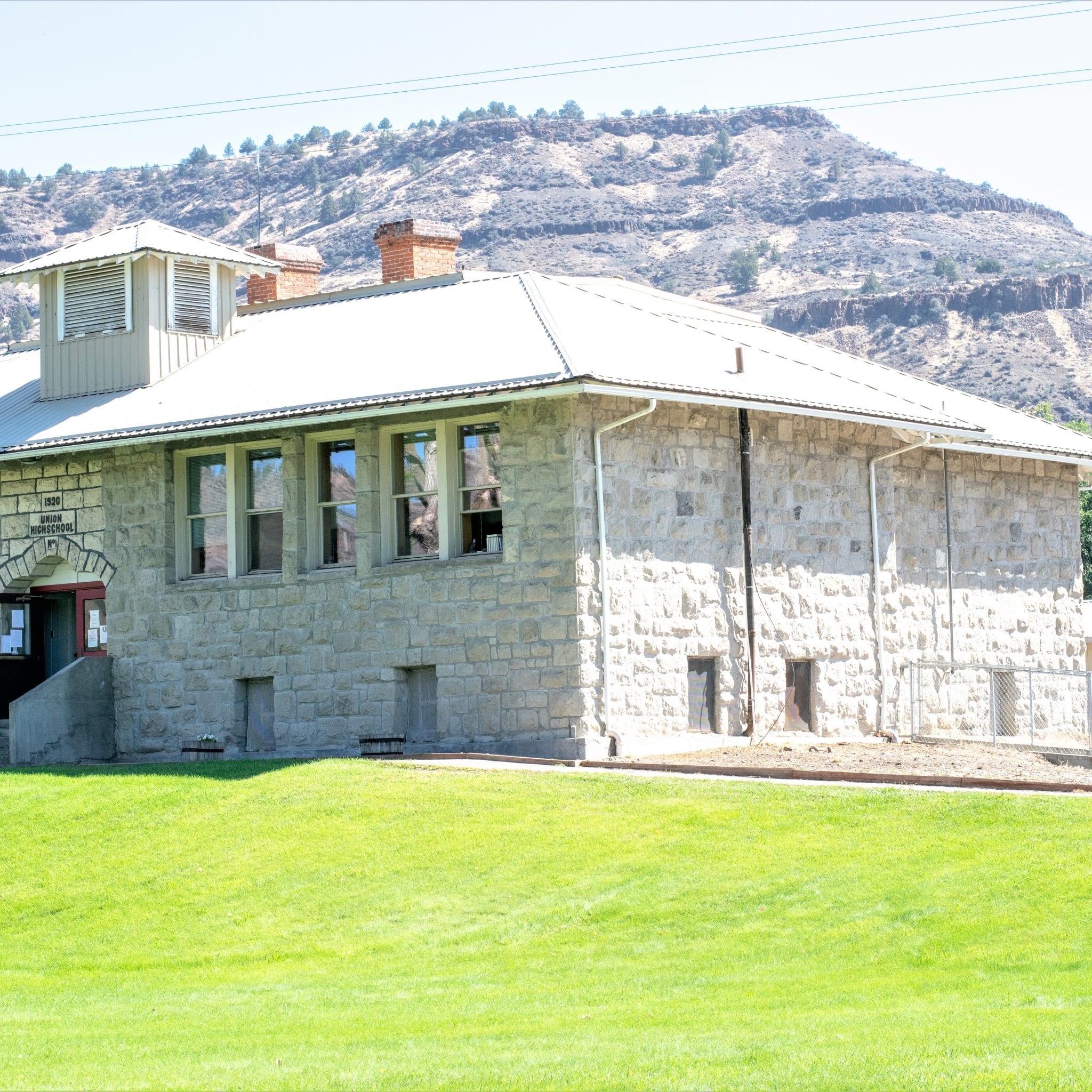 Spray School District Superintendent Larry Johnson had it all planned out. Late last year, Mr. Johnson, Ranae Harris, Jennifer Boise and Spray Mayor Valarie Howell began to organize a reunion for all Spray alumni, faculty, and community members. It was time to celebrate the school’s 100th anniversary and efforts were well underway to celebrate the centennial on April 26th when, suddenly, COVID-19 upended our entire world.

The party will have to wait but luckily, school is now back in session. Still, it is worth honoring the monumental occasion.

Founded in 1920, the Spray School was built by renowned builder and architect Loren Gochenhour.

Sitting with Superintendent Larry Johnson in his office in mid-March earlier this year, tales of how Mr. Gochenhour came to the area and what he built poured out of Mr. Johnson, who is in his 2nd year at Spray School District.

Mr. Johnson said that Loren Gochenhour traveled by horse from Spokane and homesteaded near Winlock in 1911. He then sent for his wife and children to join him. Mr. Gochenhour would go on to build the Dayville School, the Fossil Mercantile, the arch at the Pioneer Memorial Park and several residences in the area.

Mr. Johnson speaks with admiration of Mr. Gochenhour and says that the same quary was used to construct these iconic buildings in Wheeler and Grant counties.

While there is certainly cause for celebration, Mr. Johnson says that there are challenging times ahead in many respects.

“We would have to quarantine each student for 14 days,” said Mr. Johnson. In the dormitories, that clock would start over each time a new foreign exchange student arrived in Spray. Then, should COVID cases emerge in Wheeler County, the foreign exchange students would have to do distance learning in the dorms. “To come to a small community and then not be offered an opportunity to take excursions is not the experience we’re trying to provide,” he said. Last year, students went to Alaska and took part in scientific research at Fort Yukon. Students have also gone to New York, Las Vegas and Los Angeles in years past.

The bigger danger for the school is in funding. Mr. Johnson says that this year, the school is working off of last year’s enrollment numbers and that the funding is secure. However, without foreign exchange students this year, the budget will be impacted next year and that is cause for concern.

Still, Mr. Johnson is working to keep things moving forward and is hoping that a celebration for the school can be held at some point this year. Several new staff are in Spray this year, including Lindsay Ingram who will teach Kindergarten and Spray alumni Glenda Gianella who will teach grades 4-6 and Skip Butler, who will teach high school math.

Opening on Wednesday, August 19 the Spray School bell will ring and for now, that is enough for Mr. Johnson and the Spray faculty. It may not be the party that Mr. Johnson envisioned but having the doors open and ringing the school bell is cause enough for celebration.

Walks down the street

He (she) looks a hundred per

From head to feet.

And when you see him girl (boys)

And just to look at him *her is