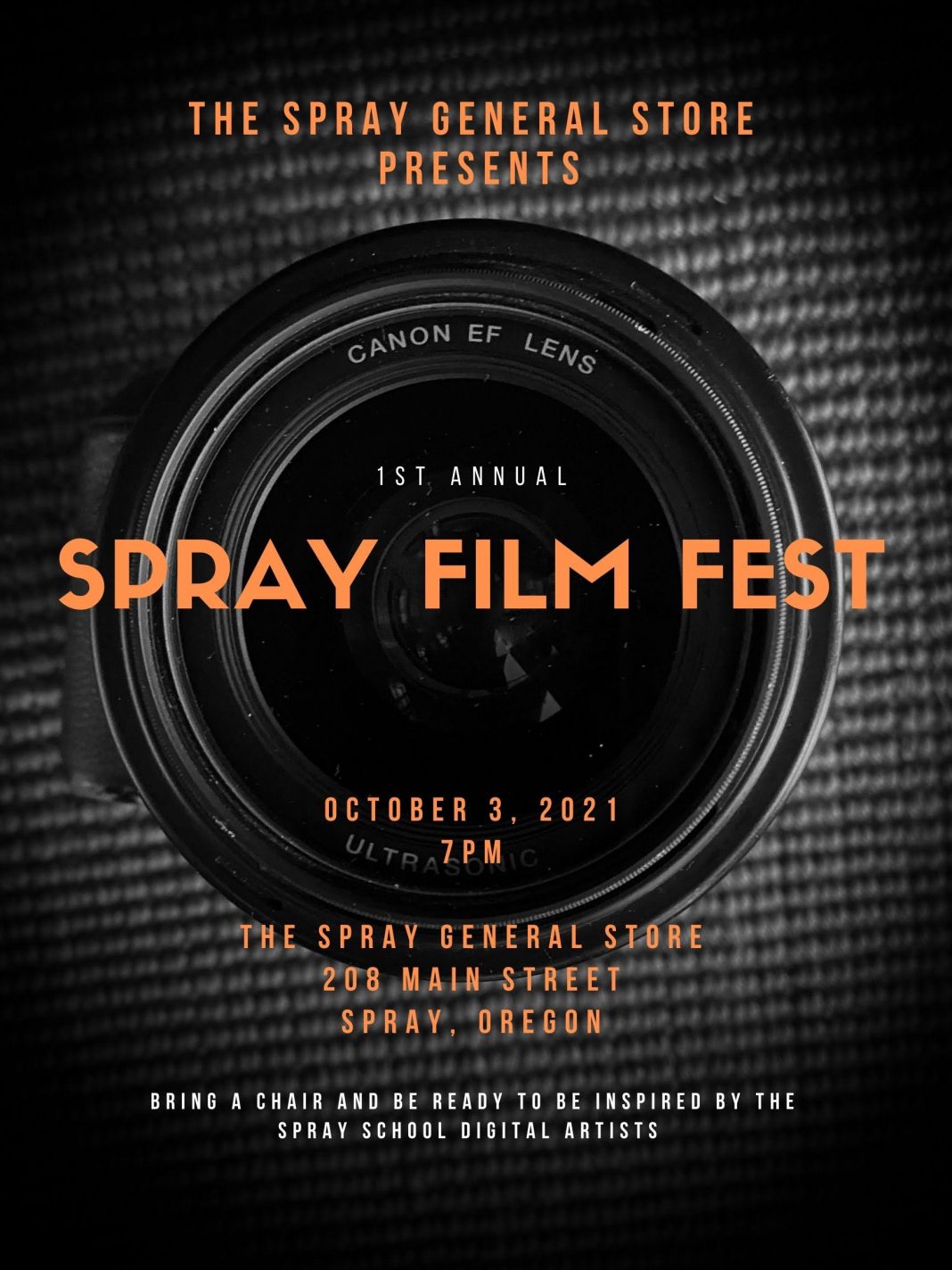 The Spray General Store sits below Highway 19, at 208 Main Street. It is on the way to the popular Spray Riverfront Park.

Despite its superb location, it is easy to miss. The general store has been closed for many years and might not seem the obvious choice for a film festival. However, an incredible amount of work has been done in recent months to revive the building. It is all being done in the name of art.

Spray resident Joni Kabana, owner of Nigh Sky Creative LLC and a group of committed friends and investors have worked to breathe new life into the Spray General Store. Their vision is to create an arts center that will bring the community together.

Rosie Day, who teaches photography, videography, and welding at the Spray School District, has helped to bring area youth into the fold. Documentaries and films made by Spray youth will be shown at the Spray Film Fest.

“The General Store is eager to begin hosting events for the local community and thought this would be a great place to start,” Days says. “I have been sharing the Spray Student’s films with The General Store team for some time and they were impressed and thought the work should be shown to a larger audience.”

Day says that the first Spray Film Fest will celebrate young filmmakers. “I hope they feel proud and see the value in their work when it’s shown on the big screen.”

If you are thinking that the videos made by kids at the Spray School will be of poor quality, think again. Rosie Day is an accomplished photographer and videographer from England. Day says that she came to Wheeler County to “capture the unique way of life that exists in rural Oregon.”

Last year she began teaching photography and videography at the Spray School. The kids have responded enthusiastically and the video quality and editing skills that will be showcased are impressive.

“Video production was definitely new to most of our students, and I’ve been impressed with how quickly they’ve picked it up,” Day says. For anyone that has tried to edit videos, there is no doubt a steep learning curve.

Rosie Day has been impressed with how quickly the kids have learned these skills. “I can see their technical ability progressing with each project, whether it’s experimenting with different camera angles, operating microphones, or fine tuning their editing. As their confidence grows, I also see their creativity flourishing. It’s so rewarding to see their ideas come to life,” Day says.

She also sees the potential for kids to document their own lives and to find a new way to express things that are important to them.

The Spray Film Fest will showcase videos that have been produced by high school students from all grades. There will also be some work produced by younger students who participated in a media arts summer camp this past summer.

Day says that the students are very curious about the New General Store and many have fond memories of buying candy there when they were younger. “I hope they’ll enjoy the space being reimagined and will make many more great memroies there as they grow up,” Day says.

The Spray Film Fest will be held on Sunday, October 3rd at 7PM. There is no admission fee and the event is free and open to the public. It will be a casual and fun event for all ages.

Attendees are encouraged to bring a lawn chair or blanket and their own refreshments.

With a new roof recently finished on the General Store and several films from young filmmakers to be showcased, there is much to celebrate.