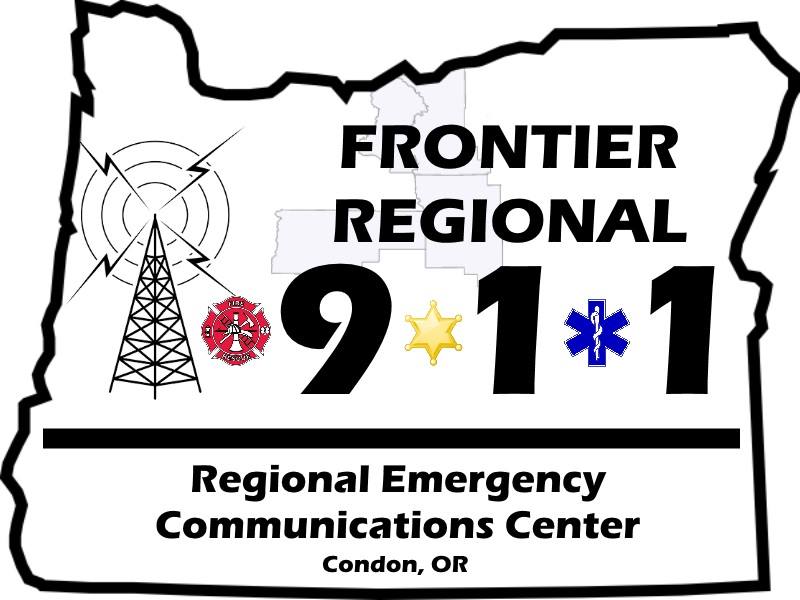 CONDON, OR – When a man stole a rifle and began threatening people at the Jefferson County Fair in Madras on July 23, a 911 call was made.

Inside the Frontier Regional 911 Dispatch Center in Condon, some 85 miles away, a dispatch operator took the call and within 21 seconds, informed law enforcement personnel. The suspect tried to evade the police and aimed the rifle at bystanders, motorists and law enforcement officers before being shot and taken into custody.

Few know the demands that are put on 911 dispatchers, who are on the front lines of emergency response. Even fewer understand the challenges of doing the job in frontier communities – where unreliable cell phone service and distant trauma hospitals make every second count.

Now, those demands are compounded as there is a shortage of dispatchers in the area and existing staff are working around the clock.

Located inside the ESD building on Condon’s Main Street, twelve people are needed to fully staff the center. Currently, there are just four.

The signs of a growing problem have been clear over the past year.

Across the country, 911 dispatch centers are understaffed and those that remain are working unsustainable hours.

In Condon, the four remaining 911 dispatch operators are working twelve-hours on, twelve hours off, seven days a week.

According to supervisor Laura Smith, staff at the Frontier Regional 911 center typically work 170 hours a month. Recently, they have been adding up to 130 hours of overtime.

In an effort to recruit more 911 dispatchers, the 911 Frontier Regional Board of Directors agreed to raise pay rates and to institute a signing bonus. They also bumped pay for those in higher tiers who have been with the agency for several years.

The good news: there are two new-hires in training and a few applications have been turned in. The bad news: training takes up to eight months, including a three week requirement at the academy. There are currently six open positions unfilled at the agency.

Unlike businesses that close when there is a shortage of workers, 911 dispatch doesn’t have that option. Calls must be answered, and staff must work through long shifts despite being shorthanded.

The Frontier Regional 911 command center is a dimly lit room with arrays of computer monitors and a large map projected on the wall. 911 dispatcher Carol Greenfield and supervisors Laura Smith and Nicole Lathrop work in lockstep. Being in sync is crucial as each dispatcher depends on support from their coworkers.

Greenfield, who has been a dispatcher for twenty years, says that working closely together is crucial in this job.

“When something happens, you don’t just get one person calling 911,” Greenfield says. “Everybody calls and everybody has a different story.”

Listening to conversations that other dispatchers are having and working closely together helps to sort through the chaos and to identify the need.

“We’re in the trenches together,” says Nicole Lathrop. “We’re like a family, and in close quarters we spend a lot of time together.”

The next generation of dispatch

Wheeler County Sheriff Mike Smith says that the dispatcher job has about a fifty percent washout rate and that it takes a special individual to do the work.

“In some ways, it’s easier to train someone to be a sheriff’s deputy than to be a dispatcher,” Sheriff Smith says. “To work in law enforcement, you need to be able to think on your feet and to use good common-sense judgement. But for dispatchers, you have to be thinking about three things at the same time and juggling tasks with other dispatchers. It is tough work.”

Gilliam Co. Sheriff Gary Bettencourt says that people who have worked jobs that require quick reactions and can multi-task are well suited for 911 dispatch.

“People that have worked in the restaurant industry often do well,” Sheriff Bettencourt says. “They have to remember a lot, juggle demands that come up and then return to previous tasks. That isn’t easy.”

As Sheriffs Bettencourt and Smith were giving the interview, Andrew Seale was completing his test to join the team. Seale has worked as a cook and has experience juggling jobs and tasks in several restaurants in Condon.

Restaurant workers are also accustomed to working late nights and shift work. But in addition to these skills, the job also requires the right kind of temperament and commitment.

Carol Greenfield says that for the right person, it is an excellent career.

“It’s a career, not a job,” says Greenfield. “For a woman in this area, there are few careers to get into with good pay, excellent benefits, life insurance, retirement. It’s an excellent opportunity – but you have to have the right personality. It’s not for everybody.”

For sheriffs in Gilliam, Wheeler, Sherman and Jefferson counties, the push to find more staff is at full throttle. Sheriffs Bettencourt and Smith have spoken at county court and are sharing job descriptions on law enforcement job pages and on social media. Supervisors Nicole Lathrop and Laura Smith are also doing interviews and looking for the right candidates.

Their hope is to not just fill the positions, but to recruit team members that have some longevity in the field.

“We’re looking for the next generation of dispatch,” says Sheriff Mike Smith.

“The new system will give us more capabilities and improve operability between agencies,” Sheriff Bettencourt said.

The Frontier Regional 911 board also believes that the new, upgraded system will streamline tasks and help with retention.

“We have mapping for every area,” says Sheriff Bettencourt. “People coming into the center now are impressed with our new system.”

The buildout of the system has taken a lot of time and staff have been cautious in each phase.

“We’re going to have this CAD system for the next 20 years,” says Sheriff Smith. “We got one chance to do it right.”

While experienced 911 dispatchers would be welcomed to join the team at Frontier Regional 911, having local knowledge of the area is an even bigger asset, say staff members. Sheriffs Bettencourt and Smith agree.

It is also common that a local resident that calls 911 doesn’t know the name of a road or a mile marker on the highway. They often give descriptions based off of landmarks or the name of a family that owned a property for many years.

A caller might say “there is an accident by the red barn at the old Potter place.” A local has a keen understanding of what that might mean whereas someone from outside of the area would naturally struggle.

Having such local input creates quicker response times and can save lives.

“It is essential, especially when it is volunteers who are jumping into ambulance to go help meet that need,” says Sheriff Smith.

While locals are sought after and encouraged to consider the position, Frontier Regional 911 is also looking outside of the area and to welcome staff to come to Condon. One challenge that the agency has faced is the availability of housing.

Sheriff Bettencourt says that the board is trying to think outside of the box and to be creative with housing solutions for new staff.

“We’re looking at the center owning a house at the upcoming workforce housing,” at the Condon Golf Course, Sheriff Bettencourt says. “We’re trying to be creative in our solutions.”

When Jefferson County joined Frontier Regional 911 in 2012, the agency was significantly altered.

Although Frontier Regional 911 did get a big bump in its annual budget, there were also very different emergencies and new demands for 911 dispatchers.

The number of calls and the severity of incidents have increased considerably in recent years, says Frontier 911 supervisor Nicole Lathrop.

“Every summer we get busier and busier, with more traumatic calls,” Lathrop says. “There are more chases and violent confrontations between police and suspects. Last week there were three shootings in Jefferson County.”

This year, Frontier Regional 911 is averaging 6,394 calls per month. A staggering 87% of 911 calls are from Jefferson County.

Recently, the Frontier Regional 911 board hired a consultant to go over their data and to assess the demands of each county. The data showed that calls from Jefferson County made up a vast majority of the calls to the center and that the time required for each call was significant.

“Having the consultant information and large amount of calls from Jefferson County warrants a discussion,” says Sheriff Bettencourt. “We have to talk about managing expectations of Jefferson County,” under the current agreement he said.

Dispatcher Carol Greenfield said that a deputy from Jefferson County offered to take staff on a ride-along to better understand the territory.

“Jefferson County’s territory goes to the Cascades,” says Greenfield. “It’s hard to get a handle on that amount of territory.”

By and large, Jefferson County has not actively supported recruiting staff for the 911 call center. Sheriffs Bettencourt and Smith say that the current model is not sustainable.

“Our next board meeting is not until January,” Sheriff Bettencourt says. “We need solutions now.”

Despite the challenges that staff have endured, moral remains high at the Frontier Regional 911 dispatch center in Condon, says Sheriff Bettencourt.

The stress that staff endure is evident but so too is their resiliency and desire to help each other.

Staff do have access to counseling as part of their benefit package. Former Wheeler County Sheriff Chris Humphreys is offering specialized counseling services for dispatchers and law enforcement personnel as part of his job with Community Counseling Solutions. Staff also said that in-person counseling is available after an especially traumatic event, such as the death of someone in the community that they know.

They are also thankful to have supportive families.

“A shoutout to my family,” says Nicole Lathrop. “We couldn’t do this without their support.”

Sheriff Bettencourt says that dispatchers have found ways to bring their family members into the 911 facility to have quality time together.

Over Halloween, Nicole’s daughter came to the dispatch center with breakfast for her mom. As Nicole returned to work, her daughter went to a table and began carving a pumpkin into a jack-o’-lantern.