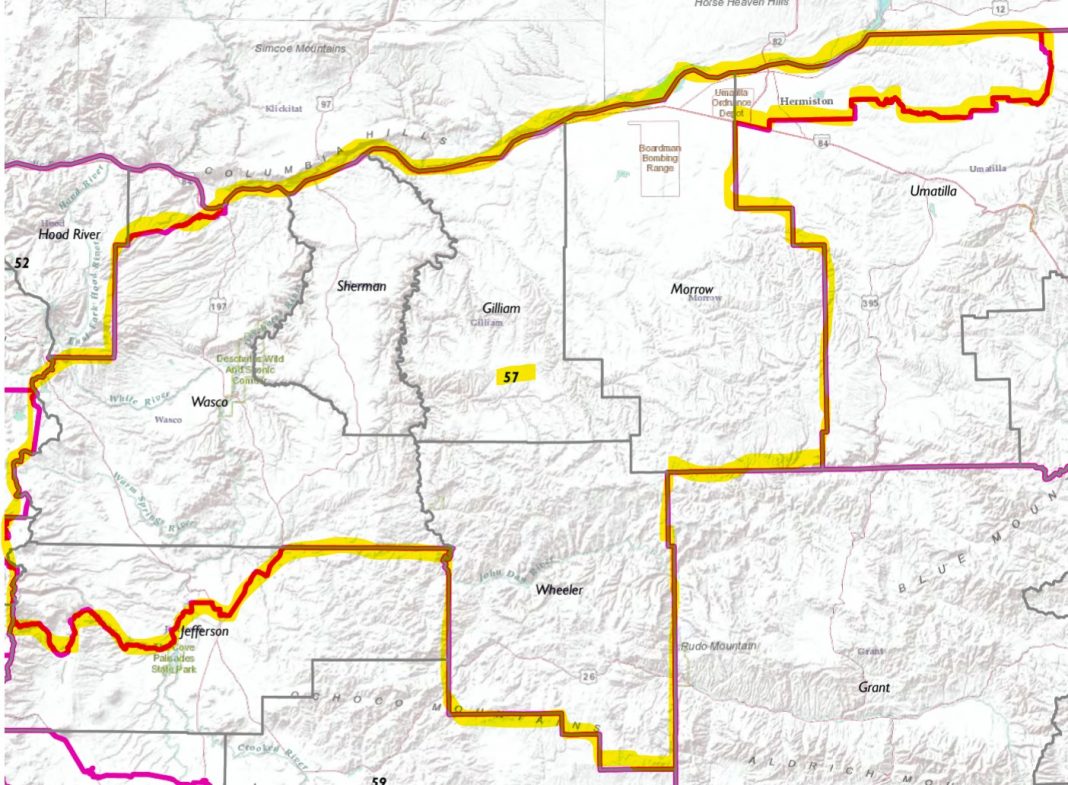 “District 57 is getting bigger! The district is fortunate to not only maintain its current configuration but to expand. On the eastern side, we gained the communities of Athena, Adams, and Helix in Umatilla County. To the south, the district gained the entirety of Wheeler County, which includes the incorporated cities of Fossil, Spray, and Mitchell. As an aside, I briefly represented Wheeler County in 2001 and will be honored serve them again.

The district experienced its largest geographic expansion on the western side, where it gained additional area in Wasco County, including the City of Maupin. The District also furthered its territory into the rural areas of Jefferson, Marion, and Clackamas Counties.