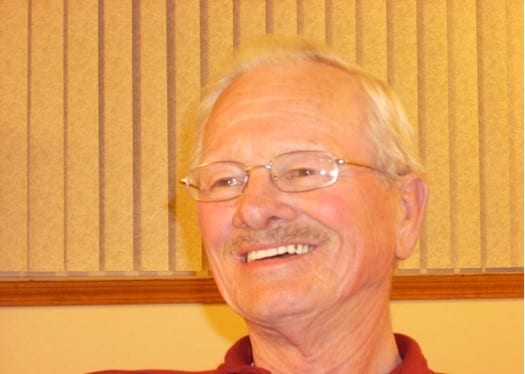 David Darrell Lane Born May 27 1938 in Lyle, Washington the 3rd of 6 children to Harold and Laura Mae Lane. Died in Yuma Arizona January 27 2021. He attended Lyle school in Washington, Joseph G. Wilson, Chenowith Elementary, The Dalles Whittier, and The Dalles High School. In 1955 He joined the United States Air Force served 4 years as a radio radar repairman, stationed at Incirlik airbase near Adana Turkey. Touring Rome, Istanbul, Beirut, and Tripoli. Earning an honorable discharge in 1959. David moved back to The Dalles and got a job working for a car dealership for 6 years He met and married Johnetta Marie Jennings in 1959. In 1960 after 8 months, David became a widow and lost his first child. Johnetta became fatally ill with Paranitus while 4 & 1/2 months pregnant.

In 1961 he married Arlean Mae DeMoss and they had 2 sons. They moved to Portland OR. where he worked for Tektronix until 1976 then moved to Moro OR. where Arlean was born and raised. They decided to buy a store at Mid County Market and a restaurant Husky Hut until 1979. They had 2 more sons by that time as well. They divorced in 1982.

David moved to Beaverton and worked for Floating-Point Systems until its closure in 1986. He moved to Tonopah where he worked on the Testing Range and with the Stealth Fighter Plane. !992 he was transferred to Las Vegas Nev. where he went to work for Reynolds.

He met Erma Bryan in The Dalles Oregon and they became inseparable. They went to Arizona for the winters. It was in Yuma where they were the happiest. They called it they’re “Happy Place” in the Senior community.

Memorial donations may be made to Home at Last Humane Society 200 River Rd. The Dalles Oregon 97058