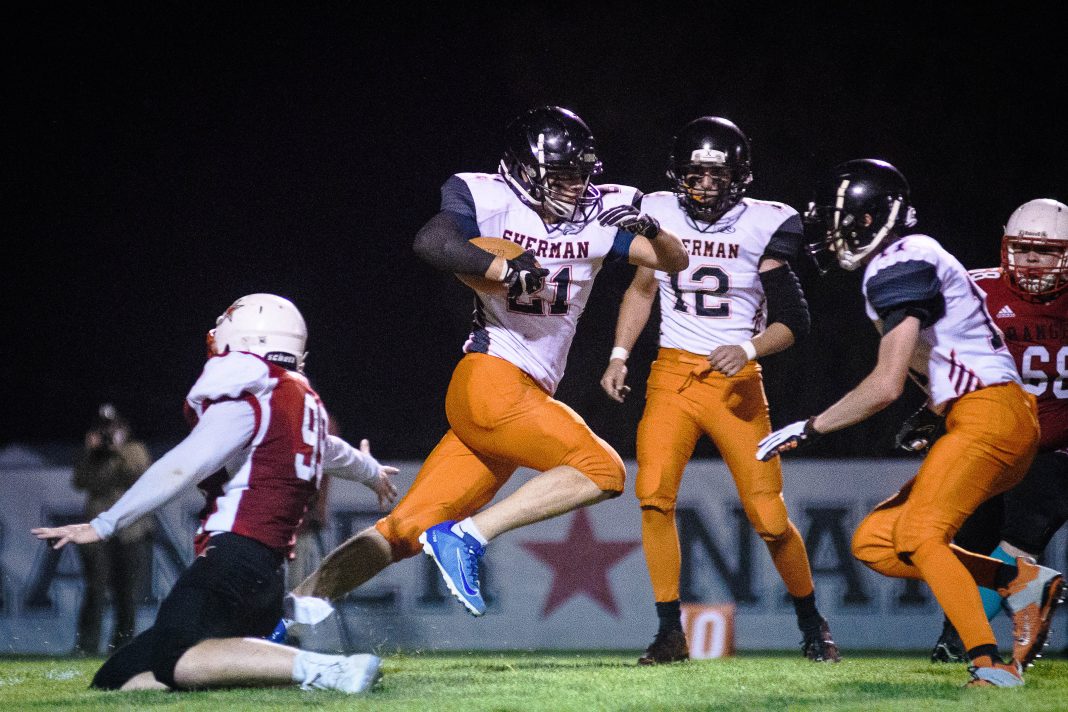 In a highly anticipated game between the Dufur Rangers and the Sherman-Condon Devil Dogs, the Rangers got out to an early lead and never let up.  The Rangers were led by excellent front line play the Devil Dogs were out matched at the line of scrimmage.  The Devil Dogs saw their lone trip to the endzone come in the first quarter—which also resulted in a successful two-point conversion, and it was all Rangers after that.   Dufur would go on to eclipse the Devil Dogs with a final score of 48-8.

This is the second straight loss for the Sherman-Condon Devil Dogs, following two canceled games due to Covid, despite the lopsided score there were several bright spots.  Braden Carnine (Senior, Condon) was a fixture on defense and key to many offensive drives—however he suffered an elbow and ankle injury during the game which sidelined him for multiple drives.  Kole Martin (junior, Sherman) the quarterback was able to salvage many broken plays with quick feet and quicker thinking.

Stats will be posted when available.

All Photos by Jeremy Lanthorn