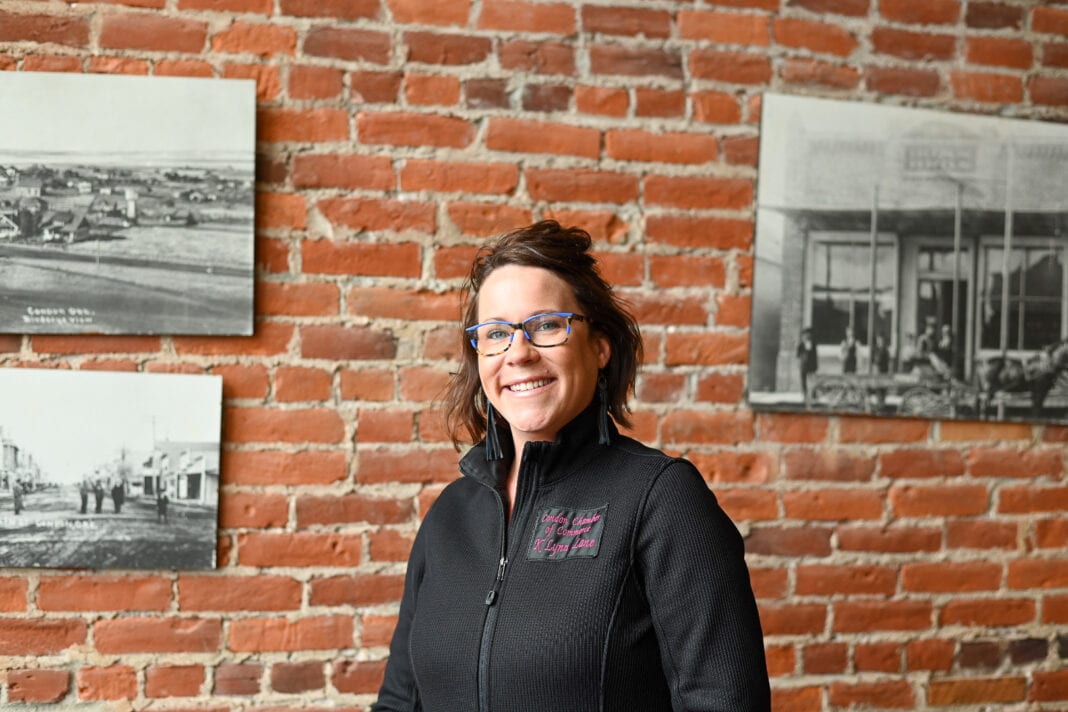 One of the region’s best-known entities is moving into one of region’s most iconic buildings.

The Condon Chamber of Commerce has just inked a lease agreement with John D. Burns, who owns the Dunn Brothers Building on Condon’s historic Main Street.

The Dunn Brothers Building was built in 1902. It is one of the most prominent buildings on Main Street and has been inhabited by several businesses over the years. It was once a mercantile, a dress shop, and a pharmacy.

Several years ago, John David Burns purchased the building. Burns had planned to start a business with his son but that did not materialize. Burns has used the building periodically for family gatherings and a few lucky people have gone inside during 4th of July festivities.

By leasing it to the Condon Chamber, the building will be a hub for the community and a place where business owners can collaborate.

Locals and visitors will soon have a chance to marvel at its beauty.

Condon Executive Director K’Lynn Lane says that she has been speaking with Mr. Burns for several years and always dreamed of this moment.

Located next to the Mini-Park, The Dunn Brothers Building is a true gem. The high ceilings, large staircase and brick walls provide a welcoming and dramatic effect. For anyone that has wondered what turn-of-the-century Condon looked like, this is it.

Lane says she is very thankful to Mr. Burns and that the Chamber is honored to be in the building. As the Chamber works to expand its footprint throughout the Tri-County area, the Dunn Brothers Building will provide the extra space that the Chamber has been seeking.

For the town, the move could not have come at a better time. Condon’s Main Street has several vacant buildings, and the Chamber has grown increasingly concerned after the closure of the Condon Round-Up in January. Vacant commercial space gives the appearance that towns are on the decline. As the County and City work to increase housing inventory and to sustain or possibly grow Condon’s population, having commercial buildings occupied is an important draw.