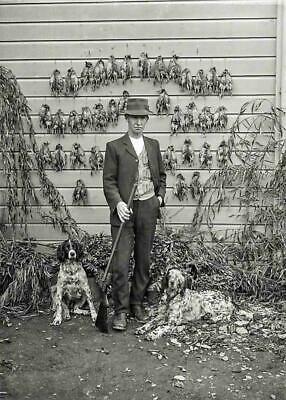 As a kid, I didn’t know how good I had it. Outside of Ione, we would hunt Willow Creek with our family friends – Dana Heideman and his two sons Aaron and Nathan.

At the time, I didn’t think it was anything that special. Now, I realize that we were on world class pheasant hunting grounds.

My dad first had an English Springer Spaniel who was afraid of loud noises. A superb family dog but not a hunter. Later, we got Moose – a chocolate lab that was a big dope until the shotguns came out. In seconds, he would transform from a sleepy house dog into a war machine. He lived to hunt birds.

On Willow Creek, the sage brush was high, there was grass by the creek and water. It was prime territory. Within minutes, we were shooting and within hours we were hitting our limit.

As I went out bird hunting for the first time in about 25 years on Thanksgiving, I was shocked to see so few birds as we meandered through Thirty Mile Creek. Granted, hunters had been hitting the grounds hard but there were few birds of any kind to be seen.

Our bird dog was Eddy, a German Shorthaired Pointer that had gotten used to life on the couch. Still, instinct took over and Eddy pushed through the brush and worked in figure-eights of about 20 feet from our party.

Not having any luck on the low country, we decided to go up a draw that had rocks. We had no doubt that chukar had to be in the area. Up we went, climbing higher but no birds. We then decided to go over the hill, which didn’t look that steep until we were half-way up it. I definitely was not in the same shape as I was in 1995.

Exhausted, we finally reached the top of the hill and below was the beautiful John Day River. We sat and enjoyed the view for a half hour. The wind was the only sound we heard, and it blew soft and peaceful.

We realized that Thanksgiving Dinner was approaching and I had assured my wife that I’d be home by 2 PM. We began to head down and wrap up the hunt. Back on the bottom, we walked along Thirty Mile Creek, which was wide and full of vegetation. I was looking for riparian beaver dams that the Gilliam Co. Soil and Water Conservation District has built. In a bit of a daydream and tired.

Suddenly, Eddy jolted and a covey of Huns took flight in front of us. The sound is indescribable and only a bird hunter knows the feeling it evokes. Although I had a shell in the chamber, I instinctively cocked my 870 Remington Magnum, which I had received as a Christmas present in 1992.

My friend took a shot as the covey went to the left. I moved to the right and saw two Huns fly in the opposite way of the covey, low in the vegetation. I raised my shotgun and fired – thinking that I had hit my target. Over the hill, I saw no feathers or trace of the Hun.

Not to worry. There would be bird at home for Thanksgiving supper. And really, the best part of my day was out there hunting.

There is nothing better than a crisp, sunny fall day with birds on the move and a dog on their trail.