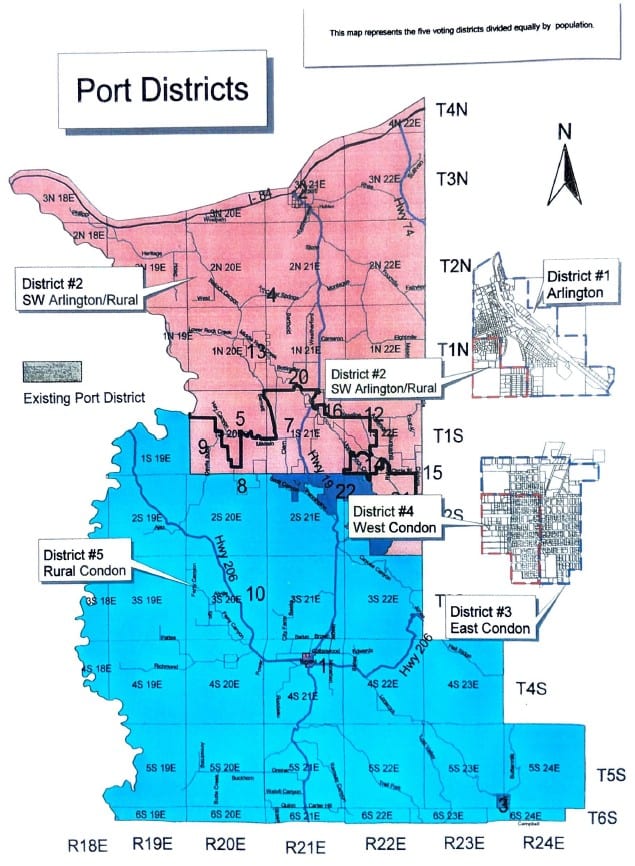 One of the elections that is drawing attention is for the Port of Arlington. Voters will elect or reelect four new directors to the Port. There are three contested seats and the results will impact the county’s economic development strategy for the next four years. With a new Port Manager hired earlier this month, there is a lot at stake.

Rumors have swirled and reports of ballot errors have been shared on social media. However, according to Gilliam Co. Clerk Ellen Wagenaar, all ballots that have been sent to voters are correct and will be counted tomorrow.

Some of the confusion comes from the Port’s district map. The Port of Arlington’s district map is unique and differs from school boards, city councils and other special districts in Gilliam County. The election is not countywide, so Gilliam Co. residents are only allowed to vote for the district in which they reside.

Election results will be announced by the Gilliam Co. Clerk’s Office Tuesday, May 18th at 8 PM.